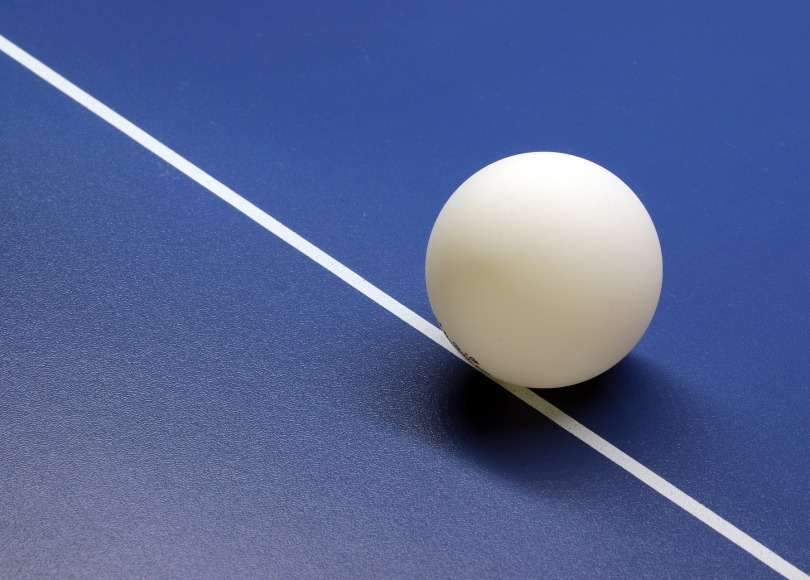 Image by HeungSoon from Pixabay

I arrived at the health centre on a Monday morning to begin a two-week course of vestibular rehabilitation. I wasn’t really sure what to expect and hadn’t done any research about the procedure online, before turning up to my appointment. I was feeling optimistic, as I had read stories about others who had benefitted from this type of therapy. Before starting the therapy, I would be doing a Computerized Dynamic Platform Posturography test. This test can be used to assess and evaluate the relationship between the three parts of the balance system; the inner ear, vision, and the sensors in the muscles and joints.

A nurse greeted me, and I followed her into a small room. She asked me to remove my boots and then inquired about my name, age, height, and whether I had been in the health centre previously.

Next, I was asked to stand up and the nurse began to attach a safety harness to me. I put my arms through the main part of the harness, like a waistcoat. She fastened it at the front and then secured another part between my legs; pulling the loose end of the strap tightly. I was then asked to walk into an open-backed grey booth. The nurse clipped thick metal clasps – similar to the kind rock climbers’ use – through the two loops of the harness, close to each of my shoulders; connecting them to two straps that were hanging from a horizontal pole at the top of the booth. She then helped me to position my feet, slightly apart, on the metal plate at the base of the booth. I stood, wearing only socks on my feet, my body strapped into place inside the booth; quickly realising the coldness of the metal plate, and feeling slightly vulnerable, yet also intrigued as to what was going to happen next.

I was facing the inside wall of the booth, and in front of my eyes was a blank screen, slightly smaller than an A4 piece of paper. My first task was to focus on the screen with my eyes open, keeping my balance. I assumed a computer was recording any shift in my body weight as I endeavoured to remain steady. Next, I had to close my eyes. I could feel my body sway as I went into darkness. I then had to open my eyes again, and within a moment I felt my surroundings move. The metal platform and the booth walls moved slightly and I was asked to maintain my balance. I was aware that the nurse was standing behind me during the entire procedure, and in addition to the harness that was fastened securely, I knew her hands were ready to support me if I fell. I then had to close my eyes again whilst the plate or the booth, or maybe both (I wasn’t sure) was moving. It was difficult to keep my balance and I stumbled slightly. Finally, I was asked to open my eyes again whilst the plate was moving. On opening my eyes I felt a wave of dizziness, but nothing too severe.

Next, the screen in front of me was switched on and a stickman, enclosed in a line square, appeared on a blue background. The nurse explained that I was the stick man; when I moved, so did the little man on the screen! The movement seemed to be controlled by my leaning and the pressure my feet were applying to the metal plate. There were numerous ‘jeugos’ – she described the tests as ‘games’. The concepts were simple, and the first ‘game’ resembled something very similar to a human version of the old Atari computer game, Pong. A circle – I imagined this as the ‘ball’ – moved predictably across the screen, back and forth between two vertical lines – the ‘players’. The aim of the ‘game’ was for me to follow the movement of the ‘ball’ with my stickman body. The ‘players’ unlike in the original Pong were stationary. I swayed from side to side on the metal platform, trying to keep on course with the ‘ball’. This was more difficult than I’d anticipated, and my stickman body flew around erratically for a few shots before I was able to control my movements and balance well enough to roughly follow the ‘gameplay’. Just as I thought I was getting the hang of it, the speed of the ‘ball’ increased so that it was being ‘hit’ between ‘players’ at a much faster pace. Again my stickman body was flinging itself all over the place, and I found it difficult to keep up with the ‘ball’. This Pong-like ‘game’ was repeated so that the ‘players’ changed positions and were represented as horizontal lines at the top and bottom of the screen with the ‘ball’ and me moving upwards and downwards with each shot. The final Pong ‘game’ was played whilst the platform made some movements which of course made it more challenging.

The final ‘game’ comprised of basic red and yellow-coloured squares that looked like representations of bricks. Eight squares were arranged in the centre of the screen, together forming a rough oval shape. All the squares started off as red, apart from one that was yellow. This square would remain yellow for 10 seconds before changing back to being red. The consecutive square in the oval shape would then turn yellow for 10 seconds before changing back to being red, and so on. The aim of this ‘game’ was to move around the oval shape, with my stickman body, to each consecutive yellow square. When the ‘game’ began, an off-balanced wobble of my legs caused the stickman to be launched again wildly across the screen, before I managed to take more control. The movement of the metal platform beneath my feet caused the sensation of being on a boat that was very sensitive to movement. The more I swayed towards the yellow squares, the more the surrounding booth moved, making me feel unbalanced; causing unsteady movements of my stickman. I played the ‘game’ to the best of my ability, though it was difficult to maintain position inside the squares, and my stickman swayed around the perimeters; dipping in and out of them. With some time, however, my confidence and ability increased and I started to feel competitive. The ‘game’ was repeated, with the yellow square moving around the oval shape in the opposite direction, and again with more sensitivity and movement from the foot-plate. 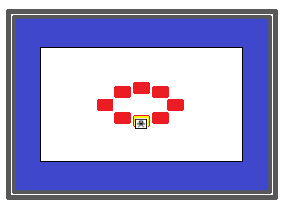 Once the ‘games’ were completed, the nurse printed some results. I saw some sets of bar graphs and values on the screen in front of me, but they weren’t discussed. I was told to stand still and wait a moment. I supposed these results would inform the doctor as to how well my balance system was functioning, enabling them to tailor the therapy to my needs.