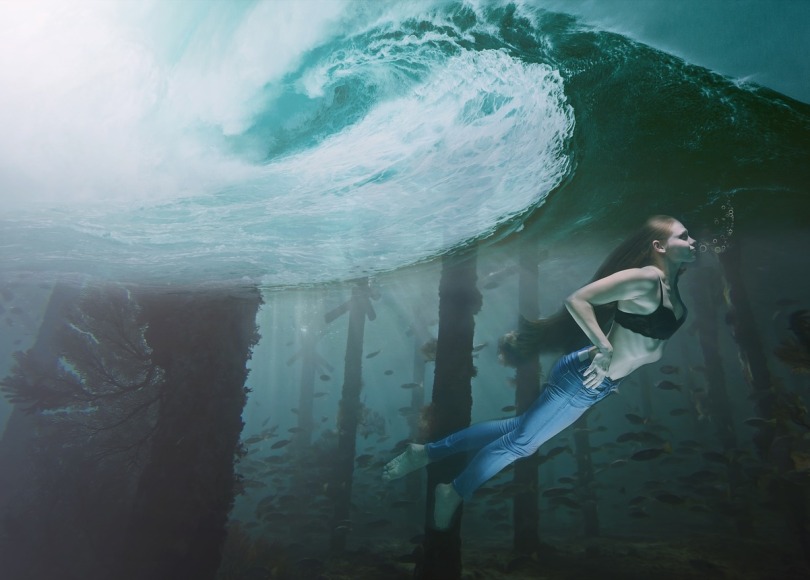 Have you ever had a song stuck in your head? – An unwanted earworm that keeps playing over and over? A catchy piece of music that continually repeats through your mind, long after it has finished playing? This is similar to how I would describe my tinnitus. But instead of the notion of the song, there is actual ‘noise’, and the music never stops playing. There is no end to the record.

Tinnitus is defined as the perception of noise or ringing in the ears or head. The noise is not from an external source and can manifest itself in many forms. The varying sounds have been described as whistling, whirring, clicking, screeching, hissing, ringing, buzzing, pulsing, whooshing, or even musical. Tinnitus is a symptom of an underlying condition such as hearing loss, ear injury or circulation problems. From the moment I lost the hearing in my left ear, I simultaneously gained these unwanted sounds. My life became noisier.

My tinnitus feeds off salt and sugar, caffeine and alcohol, and feasts on a lack of sleep. Exposure to loud noise makes my tinnitus worse; giving it energy, enabling it to accelerate or become louder, and more prominent. Sometimes it is so loud that it is difficult to hear or concentrate on ‘real’ sounds. Sometimes it steals my attention from conversation. My tinnitus seems to be related to the pressure I feel in my ears and head. Louder or faster tinnitus means more pressure, sometimes culminating in a pain that feels like the inside of my ear is being stretched to full capacity; to the point of something bursting.

For some people, their tinnitus comes and goes, and for others, it is constant, chronic and persistent. Mine is ever-present. It will often fade into the background of my days; everyday noises will usually mask it, forcing it away from my attention. Yet, there is the cruelty of finding a peaceful moment or going for a walk in the countryside, and realizing the tinnitus has no ‘real’ background noise to overcome. It bounds into the foreground, onto the stage for full attention.

At night-time, there are no ‘real’ sounds to mask it. At night-time, it loves the limelight; gobbling it up with glee. The more I focus on it, the more layers of noise I discover. The foundation layer is the sensation of being underwater. I am under the sea, swimming deeper and deeper; water whooshing past my ears. With more focus, electronic-sounding agonized moans begin to emerge. A violin enters the stage; playing a continuous high-pitched and out of tune note that wavers painfully up and down in tone. The sound of an old copper kettle materializes, boiling with the shrill continuous whistle; demanding to be taken off the heat. Occasionally there is a piercing spark of noise; like the sound you’d expect your finger to make if you were turning something magically to ice. Sometimes the moans sound like melancholy singing. A penetrating fog horn begins to sound. A burst of crackling radio static joins the chorus, as the knob of an analogue-radio is turned; seeking out a resonating frequency and occasionally skipping past the notion of a word or a piece of music.  I make pictures with my mind. I form images around the sounds. The more I focus, the more elaborate the scenes become. Wailing prisoners bound and shackled, all in a row, somewhere in the distance. Someone is trying to scream but is not able to make the desired sound, just a sharp continuous squeal. There is someone drying their hair in another room…

… When I stop feeding it my attention, it’s back to swimming underwater.

My tinnitus is like being in an argument I don’t want to be part of. I am engaged in a duel I didn’t sign up for. At times it can be torture. I am always fighting. I stay busy. I take my mind off it. I surround myself with everyday sounds.

I find myself observing people on the street, on the Metro, in bars, restaurants and parks. I wonder whether they too have these unwanted noises. Are they too trying to ignore the record that won’t stop playing?

I choose to ignore my tinnitus with as little effort as possible. Since the more effort used, the more attention it receives, and then it starts to win the battle. It’s a paradox I must fight. I wish for the noises to stop. I dream of relishing a quiet moment, but I can’t remember silence.